How would the world look if the RIAA won?

SCMS was created as a compromise between electronics manufacturers, mainly Sony and Philips, who wanted to make DAT machines available in the United States, and the RIAA, which had previously hampered the availability of DAT machines in the US with the threat of lawsuits. The RIAA did not want low-cost digital recorders readily available, since it felt that such technology would result in widespread piracy. These lawsuit threats resulted in a chilling effect, which prevented DAT decks from becoming readily affordable. 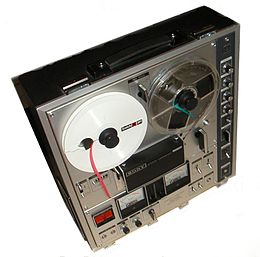 In 1987, a member of the RIAA proposed a system where DAT recorders would have copy protection in them. The copy protection would look for the presence of frequencies in a particular high-frequency band; if there was no audio present in this band, the recorder would assume that the music in question was copy protected, and would not allow recording of the music. The record companies would then release all music with this particular frequency band filtered out. It would be illegal to manufacture a DAT machine with the presence of audio in this frequency band; the RIAA was lobbying Congress to make this the law of the land.

The reaction to this proposed scheme was very negative. The Home Recording Rights Coalition orchestrated a letter writing campaign opposing this scheme. Editorials in musician’s and home stereo magazines attacked this scheme. The proposed law never made it out of committee.

Even after this law was shot down, the RIAA still threatened to sue anyone who released an affordable consumer DAT recorder in the US. No one made such a recorder available.

In 1992, Congress passed the Audio Home Recording Act. In this law, blank digital media (including DAT tapes) would be taxed, with the money going to the RIAA, and a new copy protection scheme, SCMS, would be enforced. Blank analog media, such as cassette tapes, were not subject to the tax. SCMS was compulsory in digital media because there is zero deterioration of quality from copy to copy. SCMS was universally disliked by home musicians who used DAT decks to record their own music; the acronym was pronounced as a derogatory term, “scums”.