Aerosmith lead singer Steven Tyler became the third person this year to hit Republican presidential candidate Donald Trump with a cease-and-desist letter for his use of music on the campaign trail. A month earlier, R.E.M. bassist Mike Mills voiced his displeasure at Trump’s use of one of his group’s songs and in June Neil Young asked Trump to stop using his music.

Over the past few decades, however, there’s been a growing trend among songwriters and artists who have come out against campaigns for using their music. The reasons for artists issuing cease-and-desist letters range from disagreeing political views or presenting an image of false endorsement to simply not wanting music played without their permission.

As Ronald Reagan campaigned for reelection in the summer of 1984, much of the nation, and in turn Reagan’s presidential campaign, was swept away by Bruce Springsteen’s hit “Born in the USA.” Conservative columnist George Will made a claim to “Born in the USA,” calling it a patriotic, hardworking man’s anthem. Reagan quickly pounced on the opportunity to use the song in his campaign. He was promptly denied the rights to play the song but invoked Springsteen in a speech nonetheless.

The trend in bands and songwriters protesting the political use of their music greatly increased in the 21st century, particularly within the last several election cycles. In 2004, George W. Bush used the songs “Still the One” and “I Won’t Back Down” by John Hall and Tom Petty, respectively. Both artists took offense to the use of their songs for President Bush’s campaign. Hall, later elected as a Democratic congressman in New York, publicly noted that neither he nor his music supported Bush’s reelection efforts. 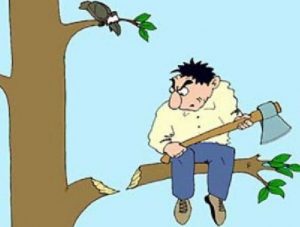 John McCain received several complaints from artists concerning his use of their music, most notably from John Mellencamp for the use of “Our Country,” and Jackson Browne for “Running on Empty.” Browne went so far as to sue the McCain campaign claiming that the usage of the song was not only without permission, but it also suggested that Browne supported the McCain campaign. As a Democrat, Browne naturally objected to supporting the campaign in any way. McCain would eventually settle with Browne and apologize.

Sarah Palin, John McCain’s running mate in 2008, faced a backlash from the band Heart for her use of their song “Barracuda.” Ann and Nancy Wilson (the band’s lead singer and guitarist), asked the campaign to stop using its music, noting, “Sarah Palin’s views and values in NO WAY represent us as American women. We ask that our song ‘Barracuda’ no longer be used to promote her image.” Despite their desire to be left out of the campaign, the use of their song continued, most notably at Palin’s introduction at the Republican Convention in 2008.

Charlie Crist and The Talking Heads (2010)

During his senate campaign against Republican candidate Marco Rubio, Charlie Crist used the song “Road to Nowhere” by The Talking Heads on his campaign website and in video advertisements. The group responded with a lawsuit that culminated with Crist issuing a formal apology.

Walker and the Dropkick Murphys (2012)

Both Wisconsin governor Scott Walker and Speaker of the State Assembly Jeff Fitzgerald used the Dropkick Murphys cover of “I’m Shipping up to Boston” at tour stops in 2012 for their campaigns. The band responded to Fitzgerald’s use of their song at the Wisconsin GOP Convention by comparing it to the use of a gangsta rap by a white supremacist.

In 2011, Scott Walker led a campaign to eliminate collective bargaining rights for most state workers, which led to a massive backlash from pro-union organizations and Democrats. A recall election was held in 2012 in which Walker retained his post. Earlier this year, Walker played the same song prior to his speech at the Iowa Freedom Summit resulting in a backlash from the band.

The Obama campaign faced some backlash from Sam Moore, of the band Sam & Dave, for its use of the song “Hold On! I’m Comin’” at rallies. Moore objected to the use of his song by the Obama campaign because he had not publicly endorsed Obama’s election bid, noting that his vote is a private matter. However, Moore did send a letter to Obama proudly noting the historic nature of his campaign.