Overzealous DMCA takedowns disregard fair use. That’s unfortunate, because fair use is designed to ensure that copyright law is compatible with the First Amendment. When fair use is overlooked in the face of a takedown notice, it really means that freedom of speech is compromised.

Trump’s got a lot of troubles when it comes to intellectual property, but as the following cases make clear he’s far from being the only infringer.

The Republican presidential nominee violates copyright law the sheer number of copyright cases against him is excessive, even when he’s on the right side of it.

Back in March, two wildlife photographers sued Mr. Trump for flying their iconic photo of an American bald eagle photo over his for-sale yard signs. “Trump for President” inc. not only brandished the bird without permission– they even encouraged its liberal (no pun intended) re-use among supporters. 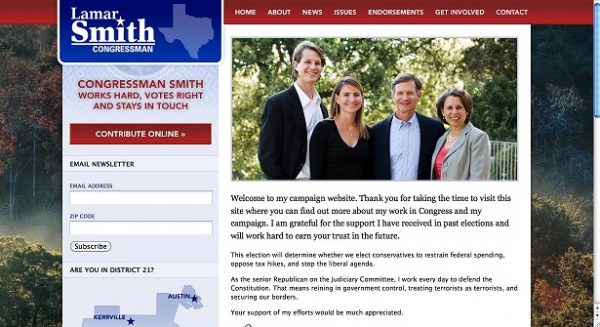 When the writer of a copyright bill infringes copyright

This controversial bill from 2011 was supposed to give the U.S. government more tools to tackle online copyright infringement, but in a way, many argued would damage free speech rights.

The internet warred over the legislation, meanwhile VICE revealed that US congressman and SOPA co-author Lamar Smith had used two Creative Commons images on his campaign website without attribution. The website was soon taken down “for maintenance”, and its code was changed to prevent anyone from seeing the archived versions. 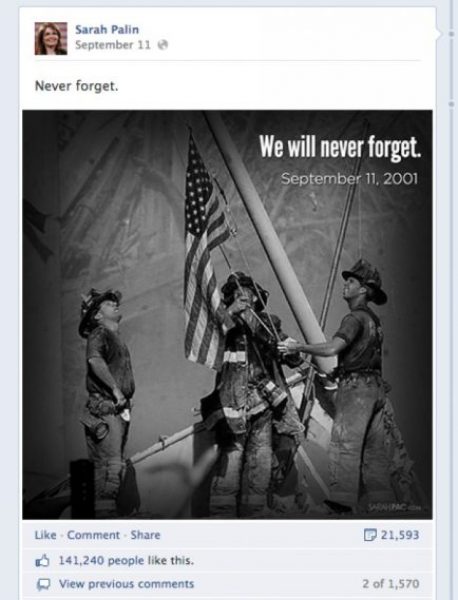 The famous photo of Ground Zero was taken by photographer Thomas E. Franklin and is owned by the North Jersey Media Group.

Every year, many politicians will try and raise support on the back of a national tragedy. It’s a dangerous move that can easily backfire, something former Alaska governor Sarah Palin learned the hard way when a newspaper publisher sued her for stealing their iconic 9/11 photo.

Her political action committee (or PAC) posted the image on her website and Facebook page, with neither credit nor permission. The lawsuit was only filed after a request to remove the photo was ignored, and even after Palin agreed to settle for $15,000, she was later accused of stalling the settlement by using a confidentiality agreement.

How politicians use and abuse legal takedowns to censor critics?

Whenever a politician ends up on the plaintiff side of a copyright or trademark dispute, there’s a good chance it’s just a guise to silence critics, or to pluck an unflattering parody from the internet.