Life can be much broader once you discover one simple fact: Everything around you that you call life was made up by people that were no smarter than you and you can change it, you can influence it, you can build your own things that other people can use. Once you learn that, you’ll never be the same again.

What will happen if everything is copyrighted?

The AHRA required that all digital audio recording devices conform to a form of copy protection called the Serial Copy Management System or its functional equivalent. A SCMS is a section of code which permits limited copying of an original recording, but prohibits copies from being made by subsequent generations. The AHRA also prohibited circumvention of SCMS and importation, distribution or manufacture of such tools. Violations of either provision are punishable by up to $25 per recording, or $2,500 per device.

The RIAA and music publishers, concerned that consumers’ ability to make perfect digital copies of music would destroy the market for audio recordings, had threatened to sue companies and had lobbied Congress to pass legislation imposing mandatory copy protection technology and royalties on devices and media.

The AHRA establishes a number of important precedents in US copyright law that defined the debate between device makers and the content industry for the ensuing two decades.

Under the AHRA, importers and manufacturers pay royalties on “digital audio recording devices” and “digital audio recording media”. Those who wish to import, manufacture and distribute must seek a statutory license from the Copyright Office. Royalties are based on “transfer price”, either the sale price or the price recorded for customs purposes in the case of importers.

The maximum value of a work to its owner occurs, in most cases, shortly after publication.
There are several ways to approach the question. 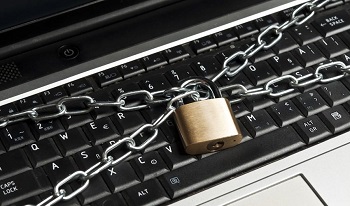 Some recent studies suggest a more scientific approach to the issue. According to a study conducted Internet users are divided into three categories as potential buyers of digital products.

The law cannot change anything today already all internet users have broken the law. S.978, a new bill in Congress, makes it a felony to post videos that contain copyright-infringing music, with up to five years in prison for violators.

The solution is very simple.

Do not use created by others digital open standard — Create Your Multimedia Container Format.

The Matroska Multimedia Container is an open standard, free container format, a file format that can hold an unlimited number of video, audio, picture, or subtitle tracks in one file. It is a universal format for storing common multimedia content, like movies or TV shows. Matroska is similar in concept to other containers like AVI, MP4, or Advanced Systems Format (ASF), but is entirely open in specification, with implementations consisting mostly of open source software. Matroska file extensions are .MKV for video (which may or may not include subtitles and/or audio), .MK3D for stereoscopic video, .MKA for audio-only files, and .MKS for subtitles only.

In 2010, it was announced that the WebM audio/video format would be based on a profile of the Matroska container format together with VP8 video and Vorbis audio

Matroska is supported by a non-profit organization, and the specifications are open to everyone. The Matroska project is a royalty-free open standard that is free to use, and its technical specifications are available for private and commercial use. The Matroska development team licenses its libraries under the LGPL, with parsing and playback libraries available under BSD licenses.

it does not depend on free availability on the Internet.

I believe that common sense and new technologies will win